Innovation is part of RIO as a whole. Not only in processes and technologies, but also in the way of working and in people’s mindset. For RIO, innovation comes from within. 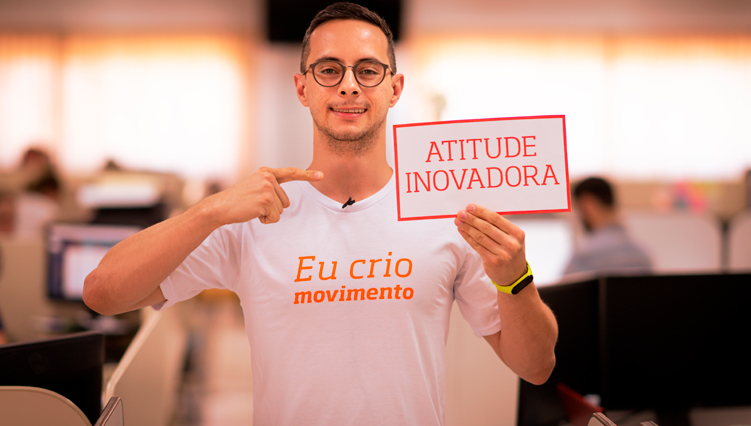 This starts with the management model, which is organic and participatory. RIO traded in a stiff structure for a lighter organizational model, in which the organization chart is designed in the form of Avenues and, within this context, there are multifunctional work committees that support the company’s progress through actions.

With the belief that innovation happens in environments that encourage leadership behaviors, RIO supports projects that encourage collaborator´s good ideas. This is the case with Grande Projeto da Virada! The program’s focus is to promote and recognize improvements in the productive and administrative processes.

To give you an idea, in 2019 the company had 317 projects registered and it is estimated that the implementations resulted in financial gains around 2.5 million reais. The proposals usually have different levels of innovation, from simple improvements to inventions of whole new devices. In 2020, the company started using the AEVO Platform for innovation, making project registration faster and more organized.

RIO also gave the supervisors the opportunity to get an MBI in Advanced Industry through SENAI, in partnership with FIESC, which was the gateway into Immersion 4.0, a free training program in Industry 4.0 for collaborators.

There were 7 modules on technologies and processes that are revolutionizing manufacturing for the industry of the future, such as IoT, Cloud, Additive Manufacturing, AGV, Robots, Big Data, Augmented Reality, Machine Learning, Sensing and RFID.

Preparing people for the future is essential to keep up with the company’s advances in technology. This is the case with collaborative robotics in the valve guide machining sector. A cobot – as robots in this category are known – is able to work side by side with a collaborator without putting them at risk; the robot has sensors in its joints which, upon touching their workmate, cease movement immediately. The robot is responsible for loading and unloading machine parts. In addition to the increase in the efficiency of the work cell, the ergonomic gains were the most striking, since it is a repetitive operation.

Through the use of polymeric materials to leverage productivity competitively – and breaking paradigms for a metallurgical company with over 70 years of experience – the Prototype Factory has become a new business model for RIO. 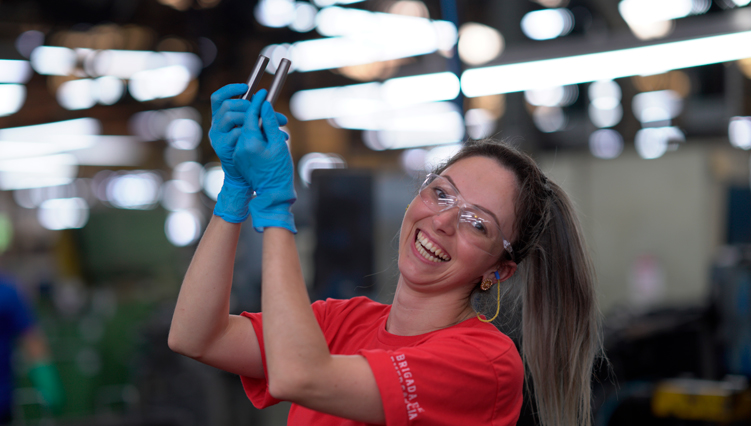 With the difficulties of prototyping components through casting, RIO identified the need to bring in new technologies to facilitate and reduce the costs of developing new items. Thus, the idea arose to use additive manufacturing in casting tool production.

With the acquisition of 3D printers to manufacture prototypes, the time spent making prototypes decreased by around 60%; tool development time was reduced by over 80% and there was an approximate 40% reduction in production costs. To get an idea, a prototype made using the conventional method takes around 25 business days to complete, while with additive manufacturing it takes only 7 days.

The innovation was implemented in 2019 and has been generating positive financial returns due to the speed and reliability in the process. Such factors attracted new customers and increased the demand for items for the car and railway market.

The cost reduction allowed RIO to invest in its processes, acquiring machines to improve the ergonomics of the manufacturing environment and offer cleaner and safer working conditions.

To accelerate all this work with prototypes and reach a new level of innovation, RIO ended 2020 announcing the investment of 50% in the capital of the company Wirklich, from Campo Bom (RS), which is recognized in the market for its performance in the development of high performance polymers.

The strategic partnership is a two-way street and respects the concept of equality that accompanies the company through the choices made by founder João Stramosk throughout history. As RIO advances in the railway sector, Wirklich expands its participation in the automotive sector. Now, both can offer a more modern and complete portfolio.

The beginning of everything

RIO carries innovation in its DNA. It came about as a result of the company and João Stramosk’s entrepreneurial profile. With a visionary and courageous spirit, he dared to invest at the right times and expand the market when he saw the opportunity. He was always one step ahead of his time. It is no wonder that innovation is part of RIO’s culture and is today one of the six principles that guide the company. His teachings of perseverance and faith are lived out under his motto, which is a famous quote of his: “Standing still is not an option!”

RIO 2021 retrospective: check out our main launches in spare parts

[Video] Find out how RIO packaging can help you. Learn more about the QR Code!

Motorcycle with engine losing power? Find out what the repair shop can do!

You are part
of RIO

Did you know that many of our products were developed specifically based on your feedback?

You, EXPERT, are on the front line and know what you are talking about. That is why we want to listen to you and create new solutions to make your day-to-day life easier.

Explore the site and contact us. Here you matter.

Use this form or, if you wish, connect to our channels: